Community Foundations help guide volunteer efforts and financial support to where it will have the greatest impact in a specific community.  They are designed to pool donations into a coordinated investment and grant-making facility, dedicated to the social improvement of a given place.  Endowments of the Community Foundation limit distributions to the income earned on the initial investment or donation.  This initial investment (corpus) is not spent, allowing the endowment to last in perpetuity.  Community foundations are a global phenomenon with more than 2,000 in existence around the world. 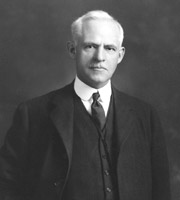 The first community foundation was created in Cleveland in 1914 by Frederick Goff.  Goff’s revolutionary idea was to develop a “community trust” by pooling the charitable resources of Cleveland’s philanthropists into a single, great, and permanent endowment for the betterment of the city. Community leaders would then forever distribute the income that the trust’s resources would accrue to fund “such charitable purposes as will best make for the mental, moral, and physical improvement of the inhabitants of Cleveland.”*

A description of Community Foundations, excerpted from Wikipedia:

Community foundations are independent registered philanthropic institutions serving geographically defined territory, typically a city or administrative area (county, region and the like). The six main characteristics of the CFs are:

It is a combination of all these basic characteristics what makes true CF, although there are many other types of community organizations that have some of these characteristics.

Families, individuals, businesses, and nonprofit groups establish funds within community foundations into which they can contribute a variety of assets to be used for charitable purposes. The people or organizations that establish the funds can then recommend that grants be distributed, in the name of the fund or anonymously, to qualified nonprofit groups and schools.